Glass is unsigned but see pictures of matching signed shades with J.Robert signature. 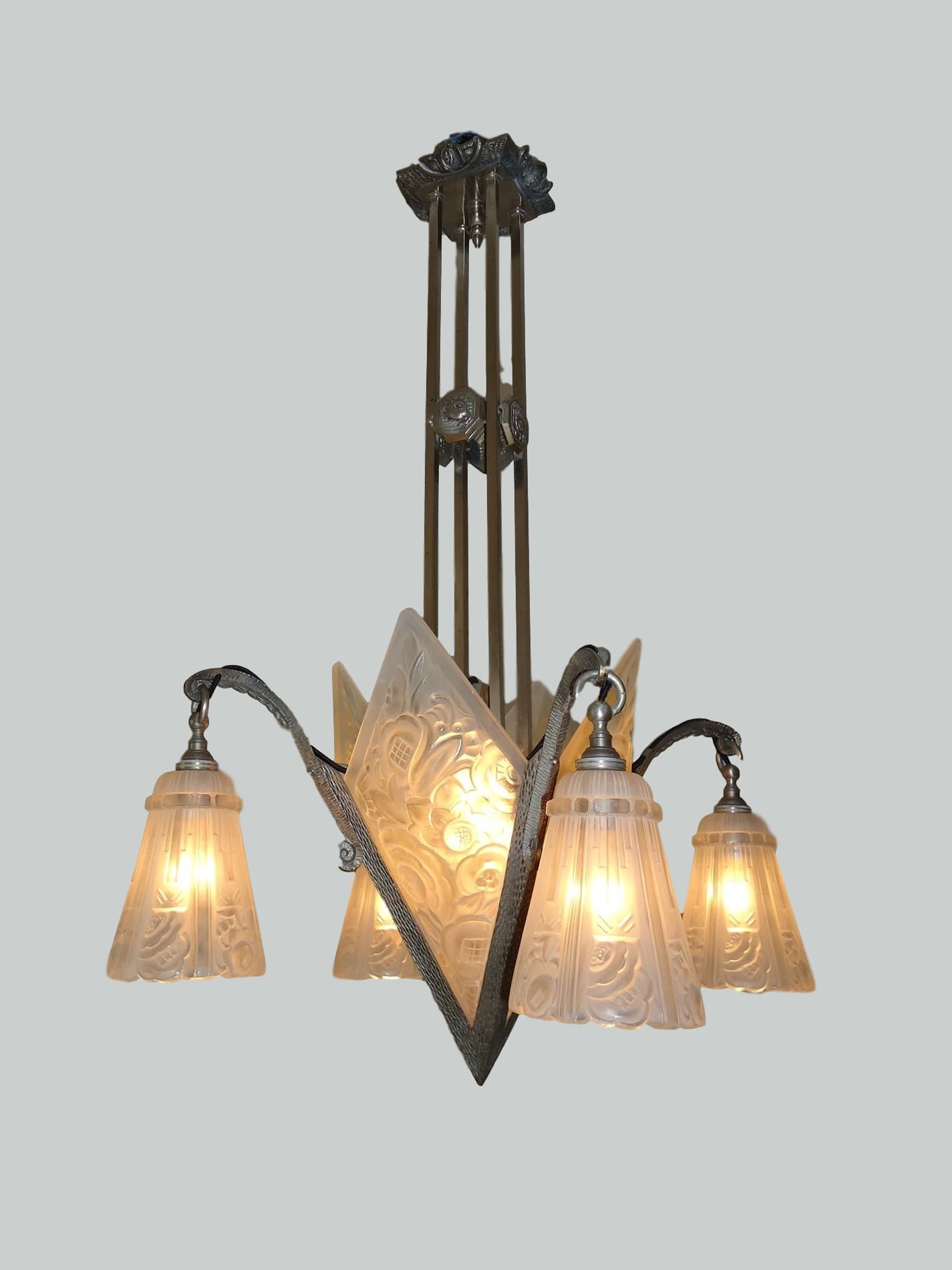