A wrought iron arts and crafts table lamp with vaseline glass lampshade by a Stourbridge, Birmingham glassware factory England circa 1905. 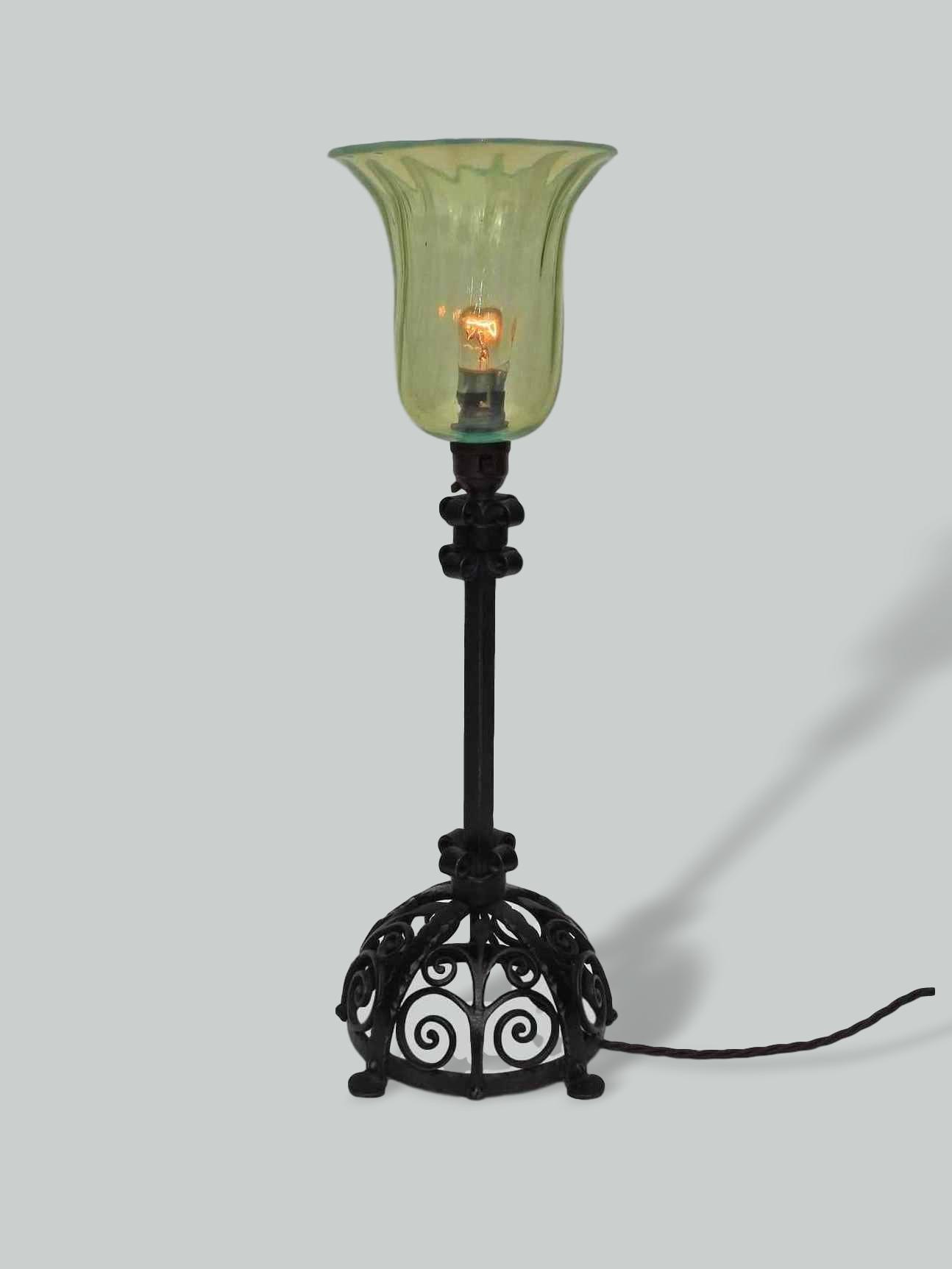