A rare and important copper and brass arts and crafts chandelier originally designed for gas but now converted to electricity. Very much in the style of W.A.S benson due to the intricate and stylish hand beaten copper central dish and swirling brass fonds. Complimented with 3 original period vaseline glass lampshades probably by James Powell & Sons of Whiterfriars. England c.1890

N.B The light can be reduced in height to a drop of 70cm/28in if required for a small charge. Please call or email to enquire about this service. 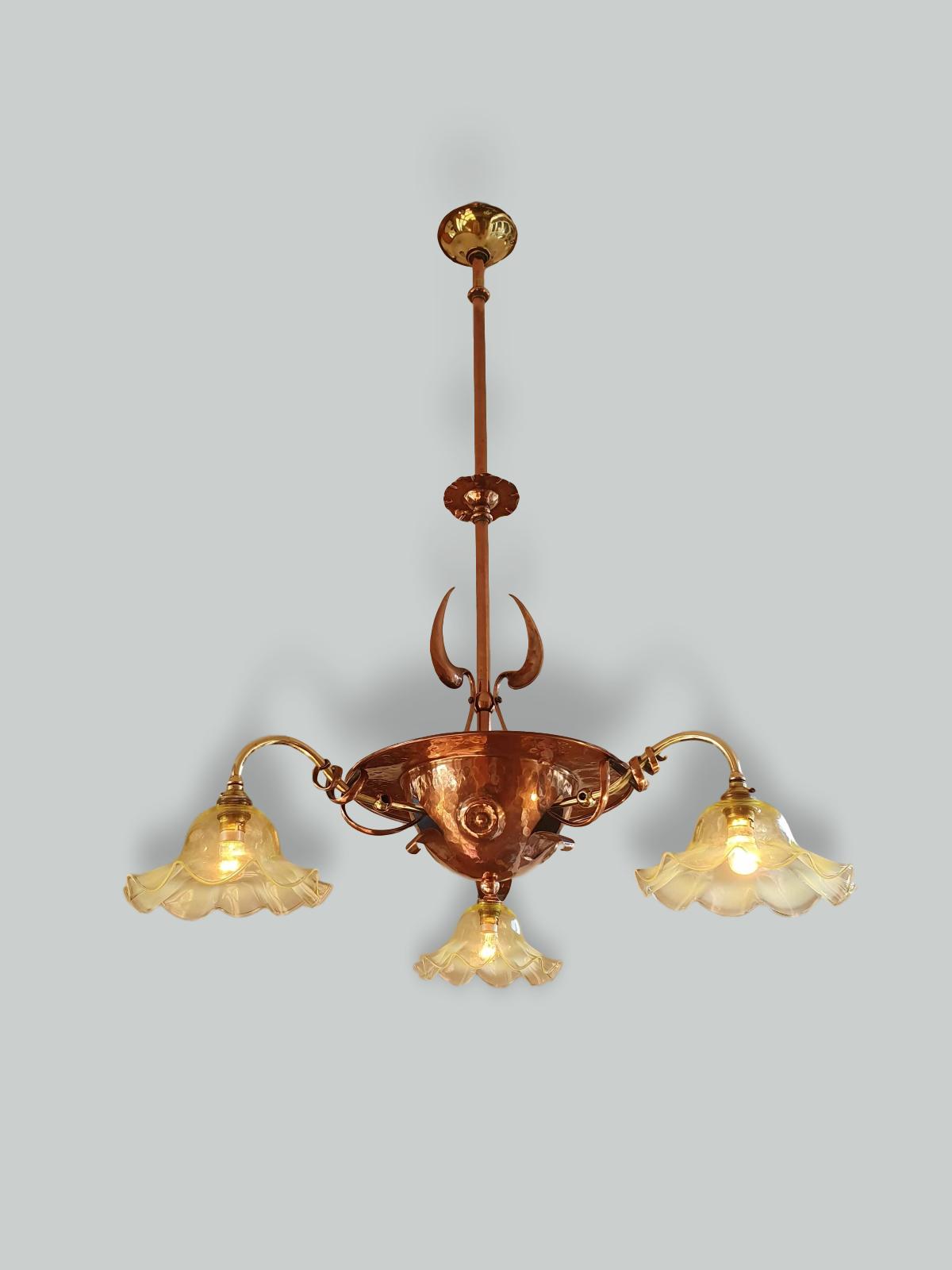