A brass and satin-glass arts and crafts lantern with a large ovoid lampshade attributed to Thomas Webb, Stourbridge because of the distinctive “wave ribbed” pattern. England circa 1905 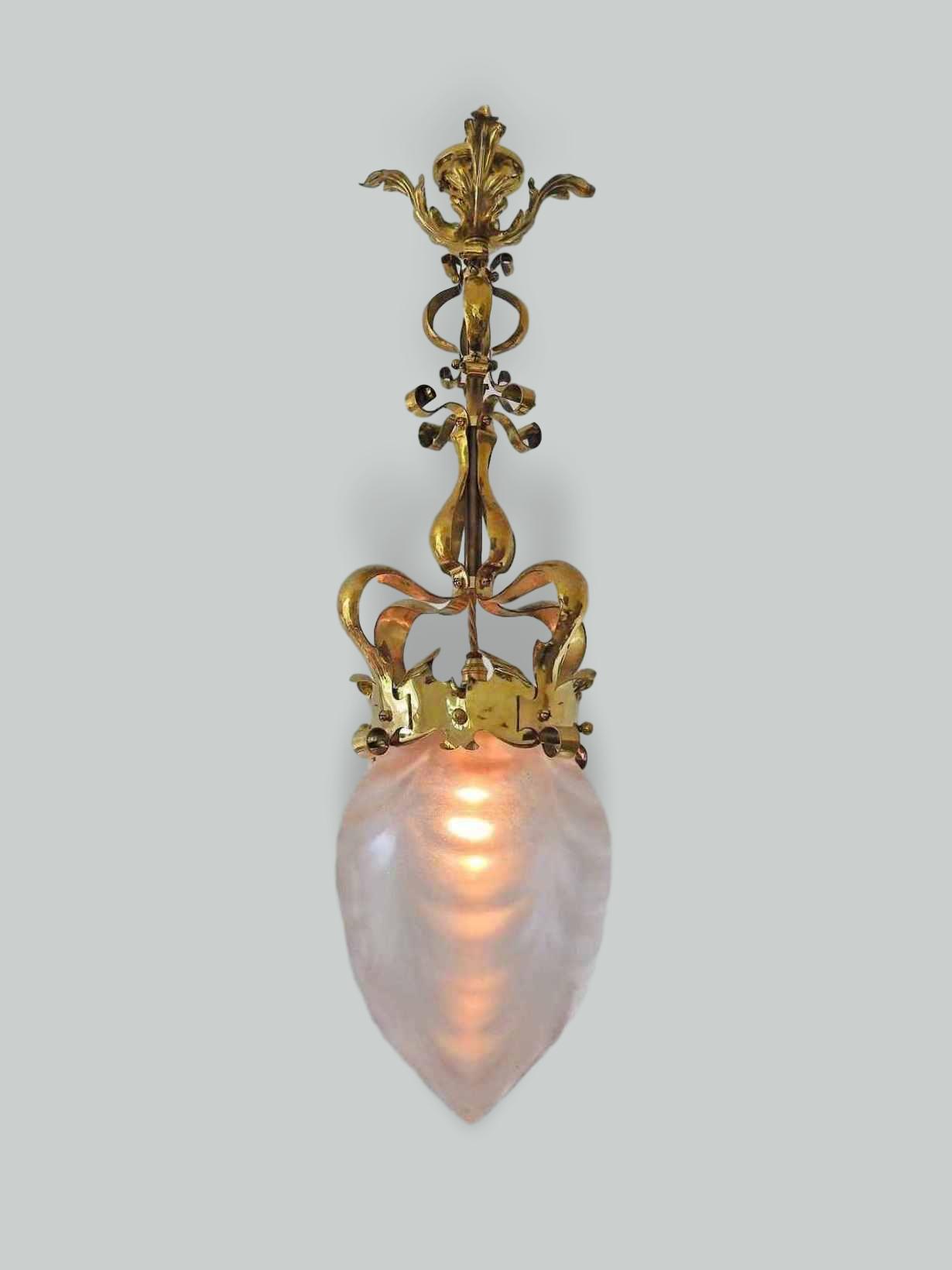