A set of four arts and crafts wall lights attributed to The Faulkner Bronze Co, each roundel of lightly-hammered copper,  with very attractive variable patina and supporting pendant a James Powell & Sons vaseline-glass lampshade, English,c.1900. Alternativly these lights could have been produced by closely connected  Jesson, Birkett & Co. 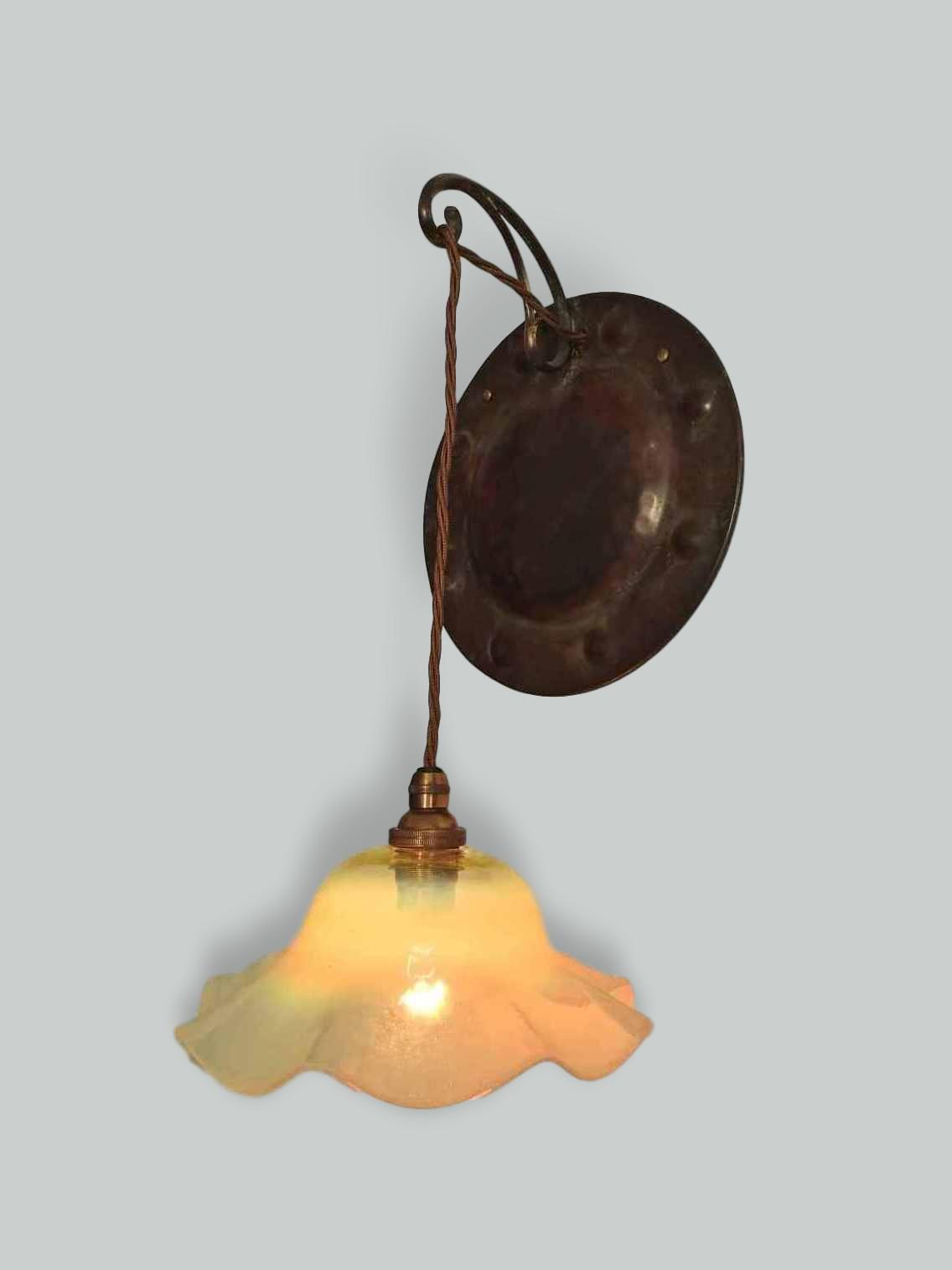 You're viewing: Attributed Faulkner Bronze Co. | 4 Arts & Crafts Wall Lights | England c.1900 £3,995.00
Add to basket
Cookies on JonesAntiqueLighting.com
We use cookies on our website. You are free to manage this via your browser setting at any time. To learn more about how we use the cookies, please see our cookies policy.