A small copper-oxidised arts and crafts lantern in the style of and possibly by The Birmingham Guild of Hasdicrafts the framework supporting the inset Stourbridge vaseline-glass cylinder with original cord-grip suspension plate. England c.1900 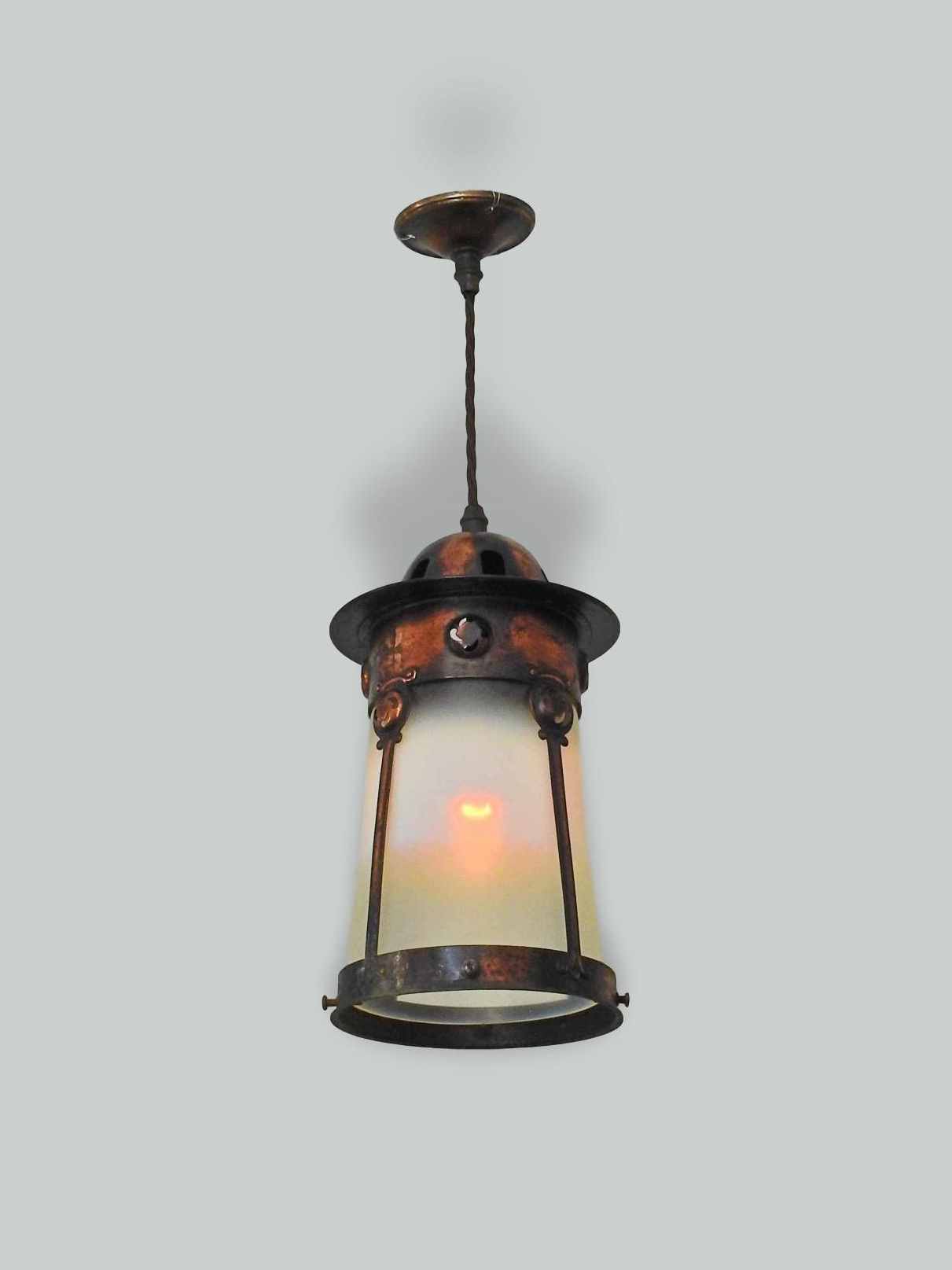