An impressive art deco hanging lamp the stylish framework of nickelled bronze the six panels of moulded and polished glass designed with stylised roses or peonies with a moulded mark to each panel “Degue”. France, c.1925. 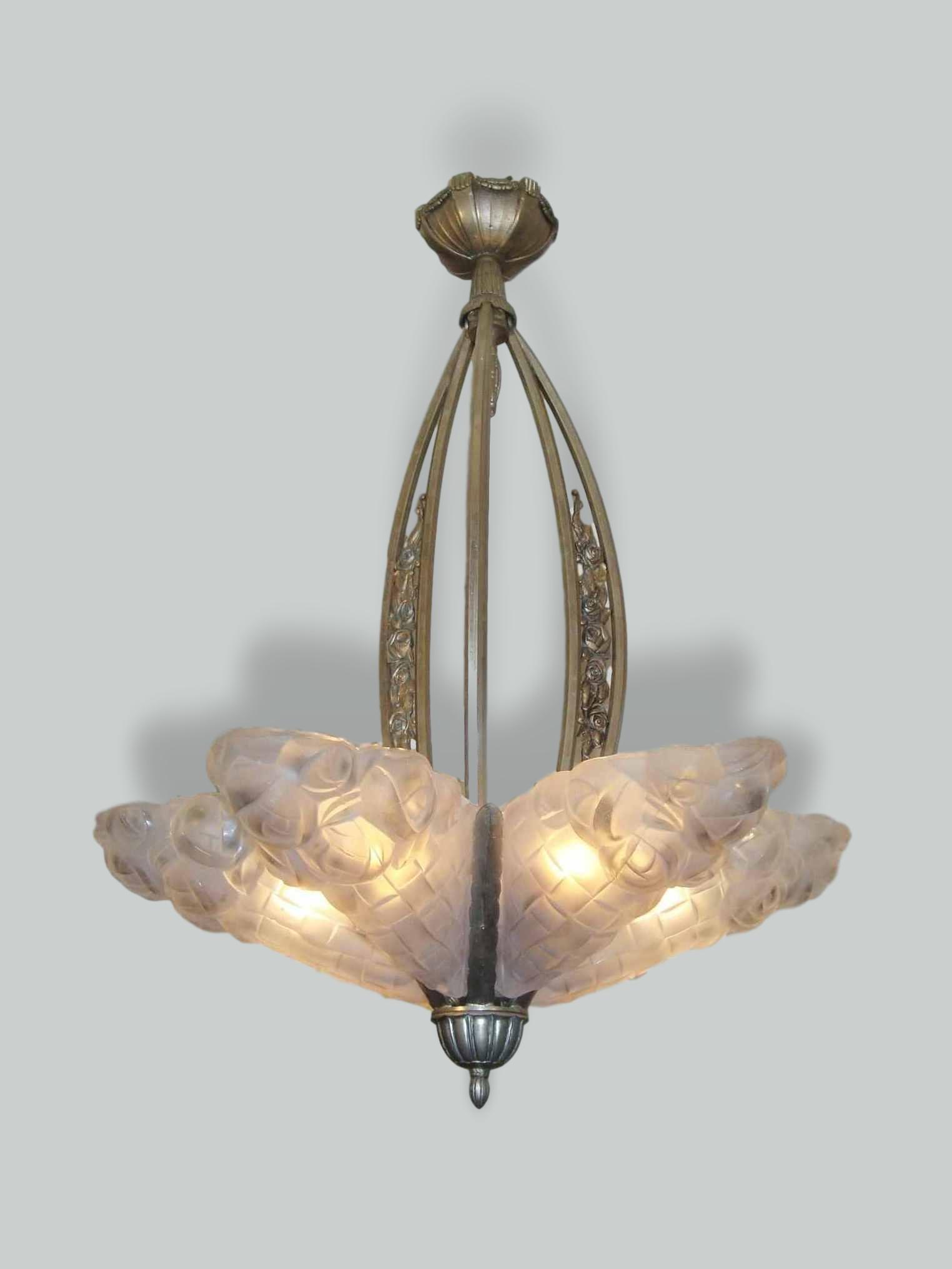