A pair of decorative copper and brass art nouveau wall lights in the style of and possibly by F & C Osler, originally designed for gas but now sympathetically converted for electricity, each supporting a good quality blue-vaseline glass lampshade. Stamped with letter “O” to frame possibly for Osler. England c1900 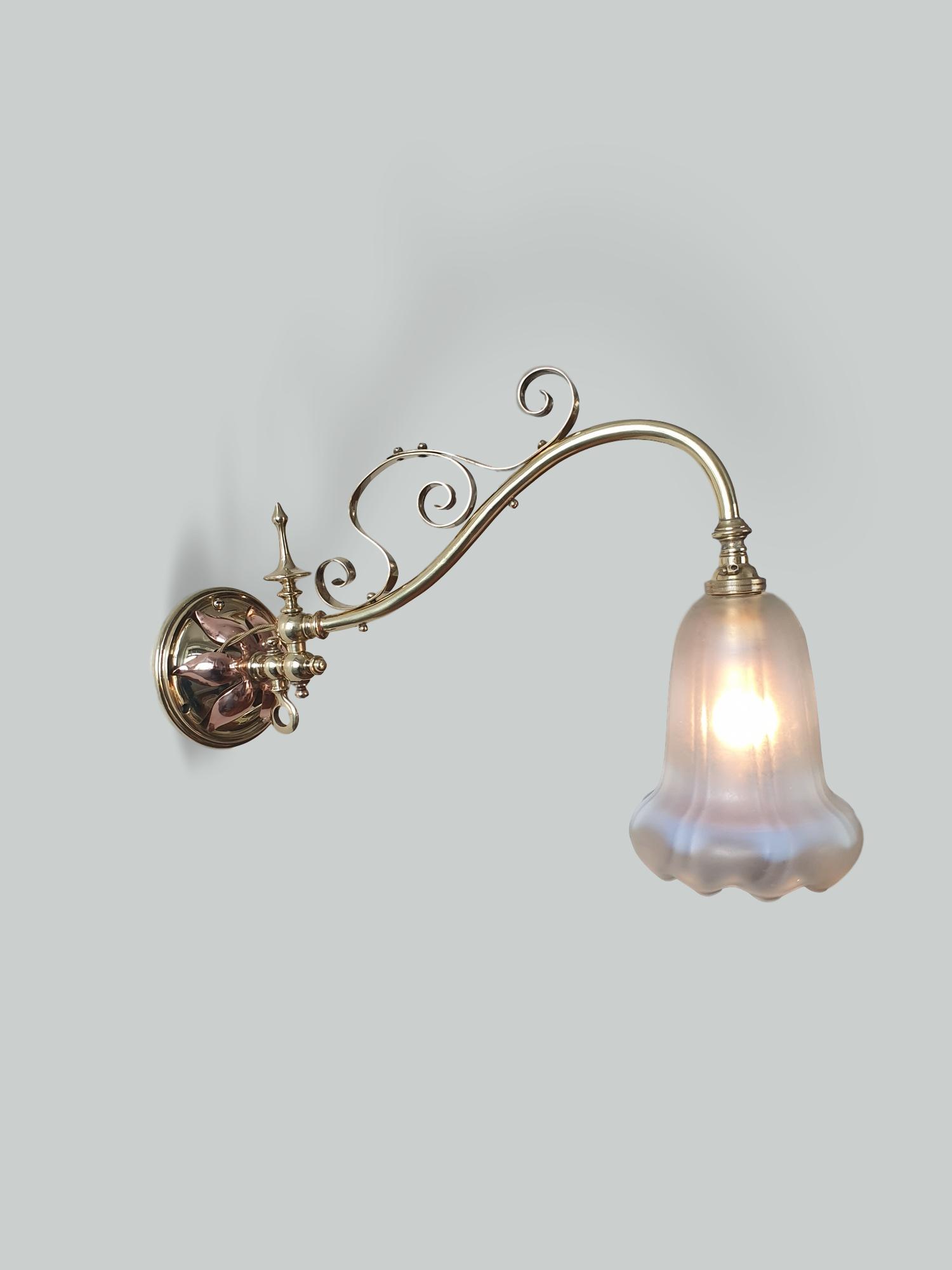 You're viewing: Style of F & C Osler | 2 Art Nouveau Brass Wall Lights | England c.1900 £1,395.00
Add to basket
Cookies on JonesAntiqueLighting.com
We use cookies on our website. You are free to manage this via your browser setting at any time. To learn more about how we use the cookies, please see our cookies policy.