An arts and crafts wrought-iron lantern in the style of W.A.S Benson inset with a strongly opalescent yellowish-green vaseline-glass cylinder possibly by James Powell & Sons of Whitefriars England, c.1895. 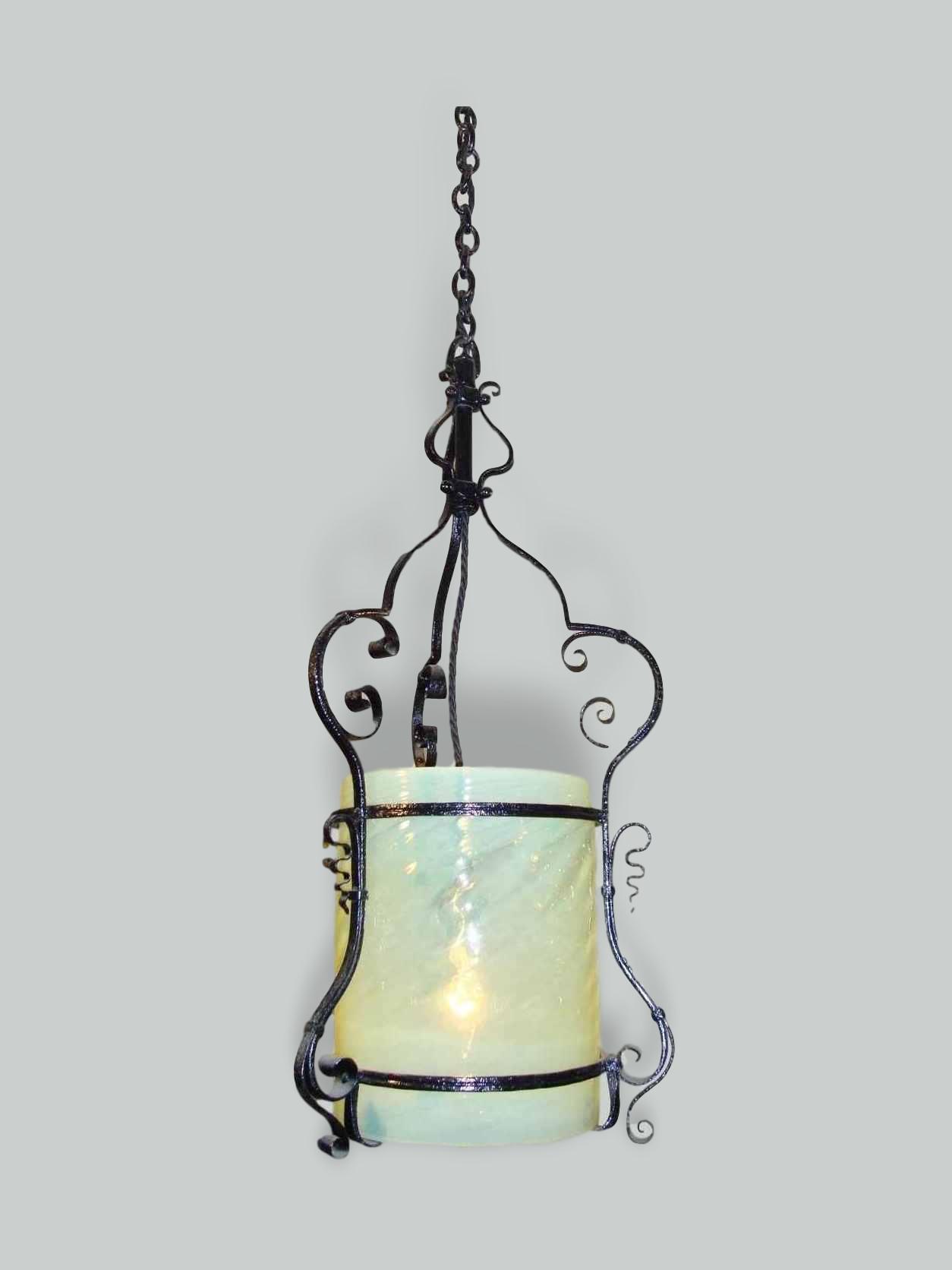 You're viewing: Style of W.A.S Benson | Large Arts & Crafts Lantern | England c.1895 £1,395.00
Add to basket
Cookies on JonesAntiqueLighting.com
We use cookies on our website. You are free to manage this via your browser setting at any time. To learn more about how we use the cookies, please see our cookies policy.