A “pate-de-verre” glass and polished wrought-iron piano lamp by Marcel Vasseur, set on a marble base, the metalwork in art deco style, with an acid-stenciled mark to lampshade “Muller Fres Luneville” France c1930. 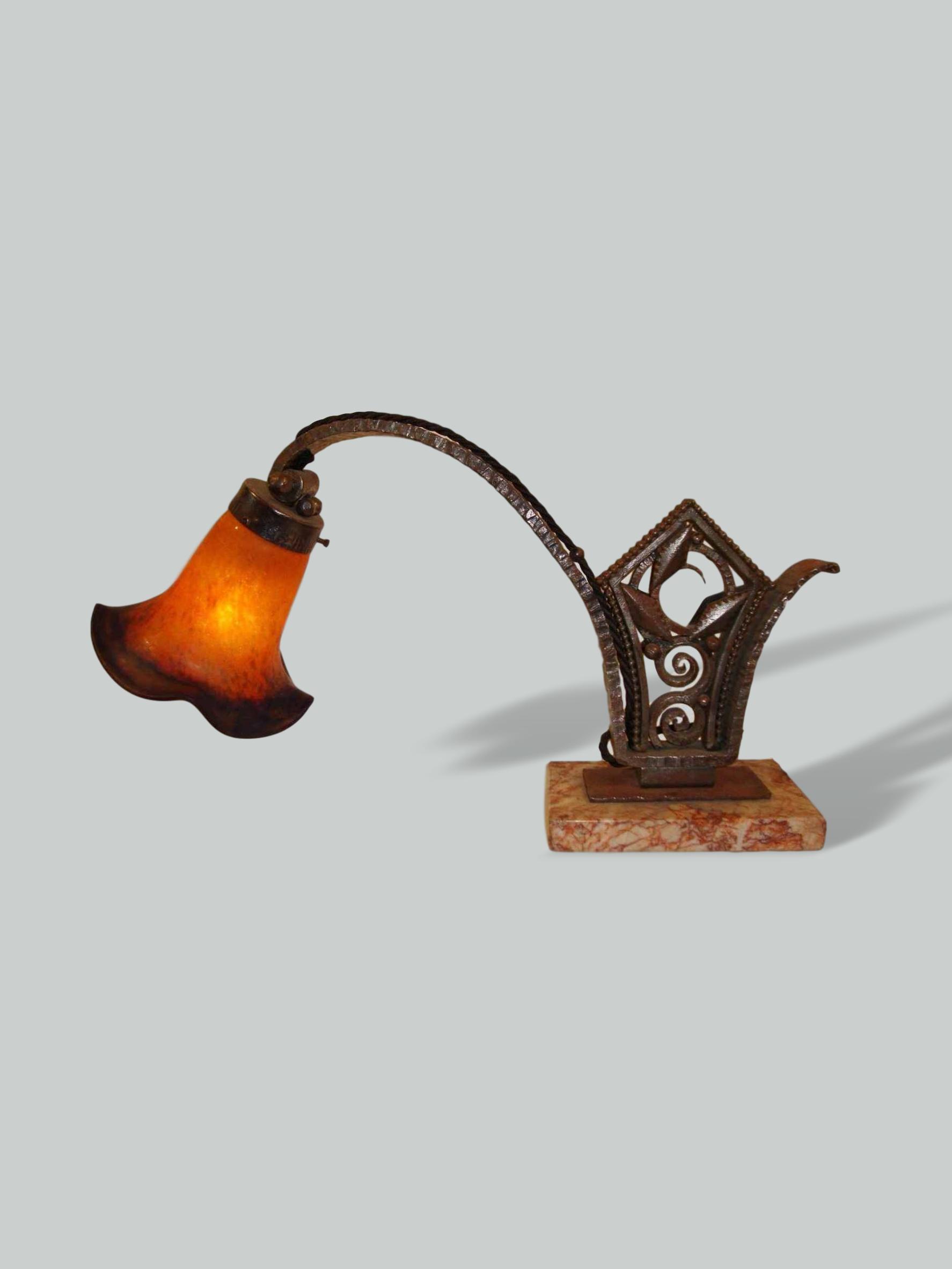 You're viewing: Marcel Vasseur & Muller Frères | Wrought Iron & Marble Base Piano Lamp £495.00
Add to basket
Cookies on JonesAntiqueLighting.com
We use cookies on our website. You are free to manage this via your browser setting at any time. To learn more about how we use the cookies, please see our cookies policy.