N.B for an additional fee this light can be nickel plated. Please enquire before purchasing. 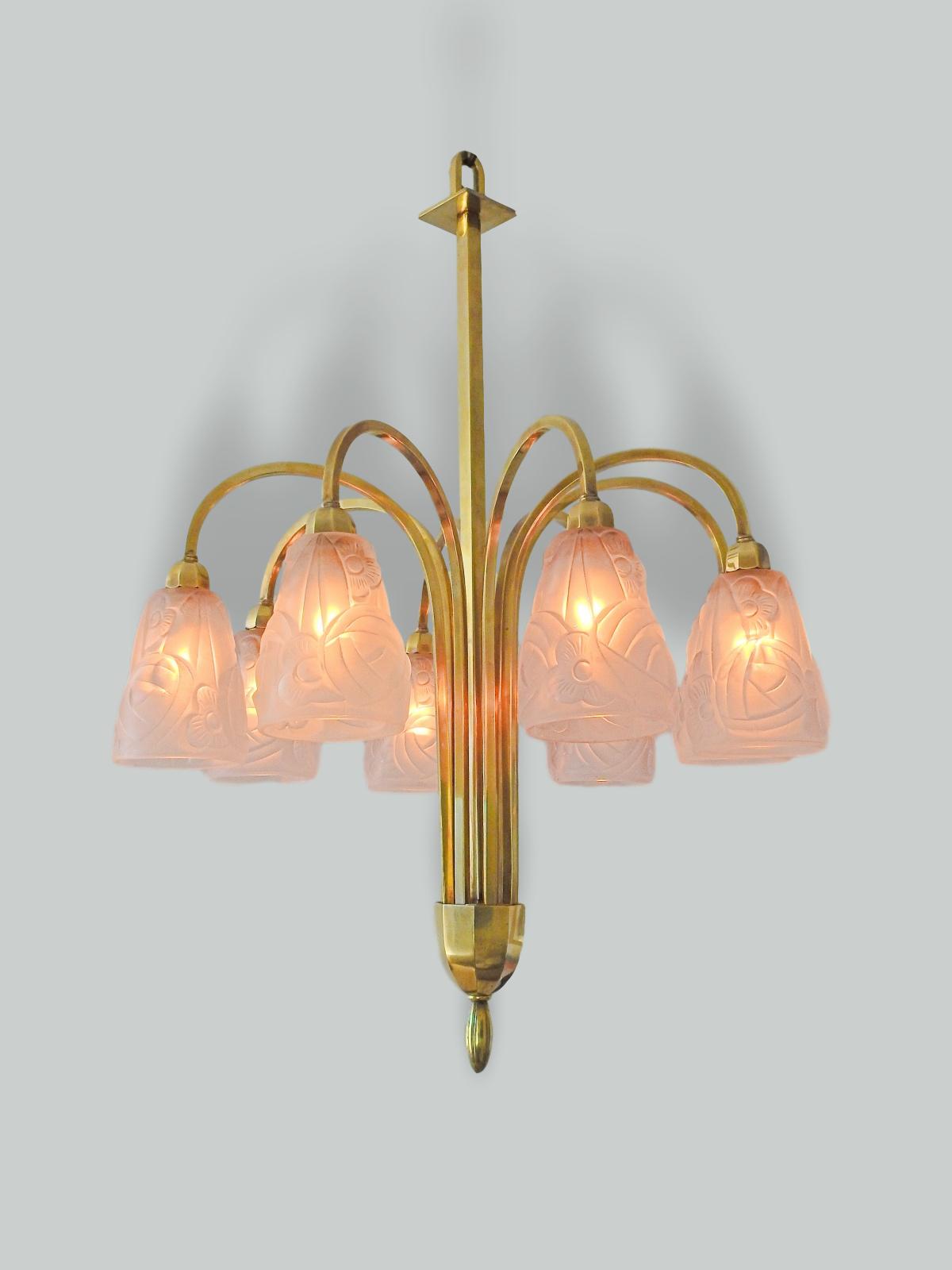 You're viewing: Verrerie D’art Degué | Impressive Eight-arm Art Deco Chandelier | France c.1935 £1,995.00
Add to basket
Cookies on JonesAntiqueLighting.com
We use cookies on our website. You are free to manage this via your browser setting at any time. To learn more about how we use the cookies, please see our cookies policy.