A good quality wrought-iron table lamp with an original pate-de-verre “mushroom” lampshade by Verreries D’art Degue. The base designed with gingko leaves and supporting the mottled “pate-de-verre” glass lampshade. Signed in the glass “Degue” 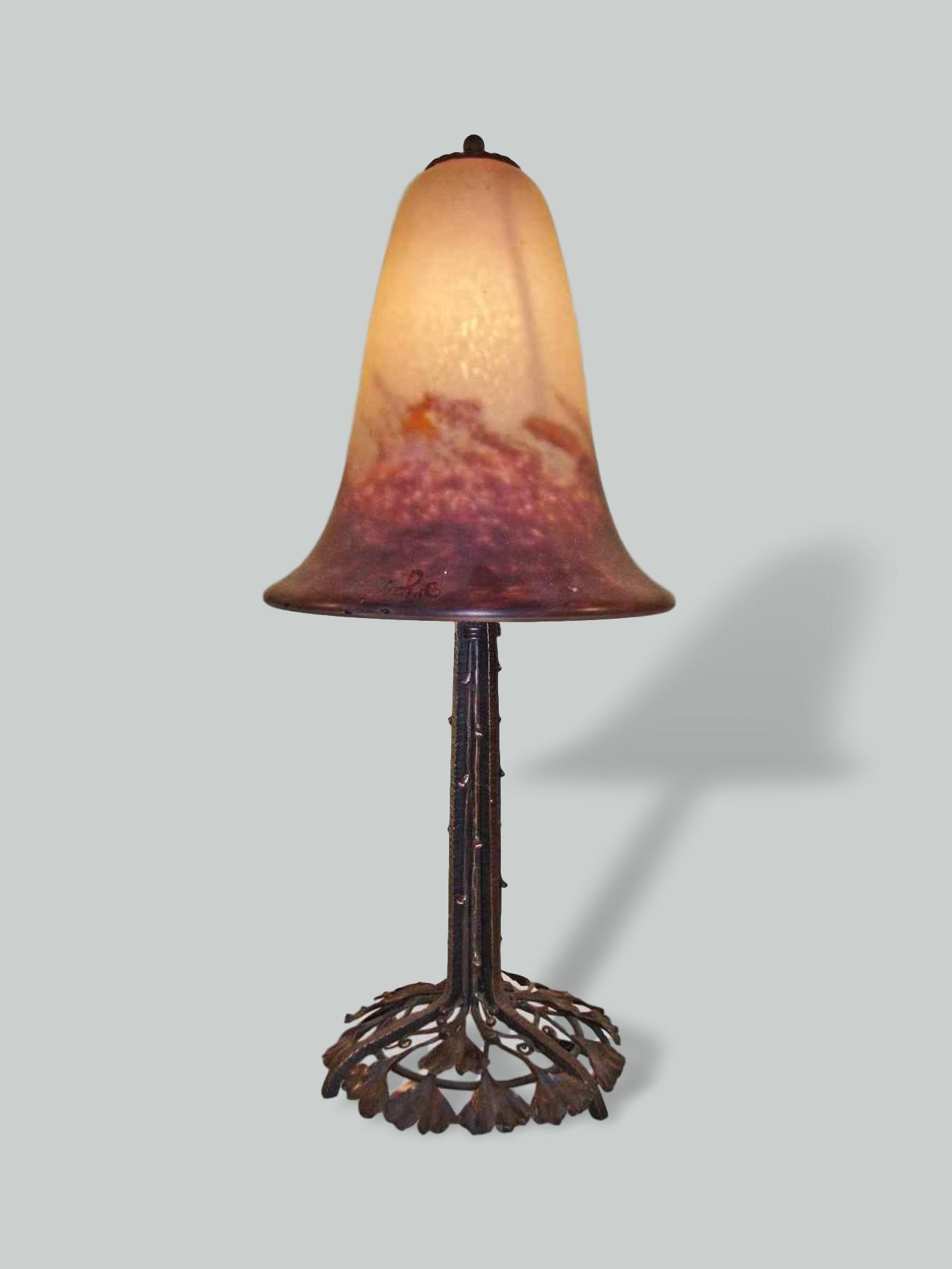