A monumental alabaster plafonnier by Faraday & Son, the alabaster in predominantly rich tones of orange and set into a cast brass framework, with original chains and ceiling hook, the latter impressed “F. and S.”; supplied with a further antique ceiling plate; England, c.1905; 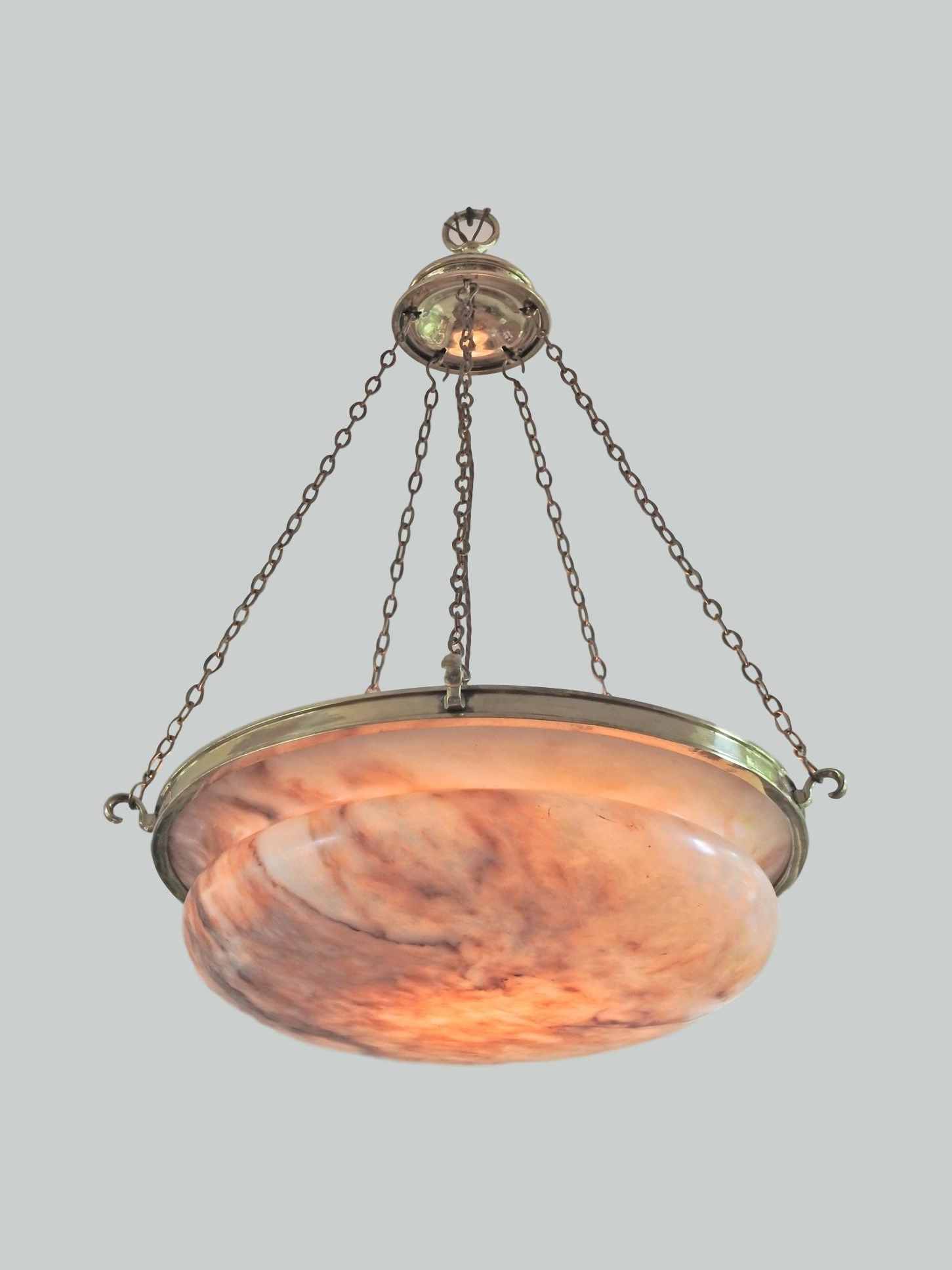