A set of 4 oxidised-brass hall lanterns of hexagonal section of traditional regency design with variable patina. Each inset with frosted glass panels and supplied with the original ceiling hook. Signed with maker’s marks “G.E.C” and “made in England” C1905 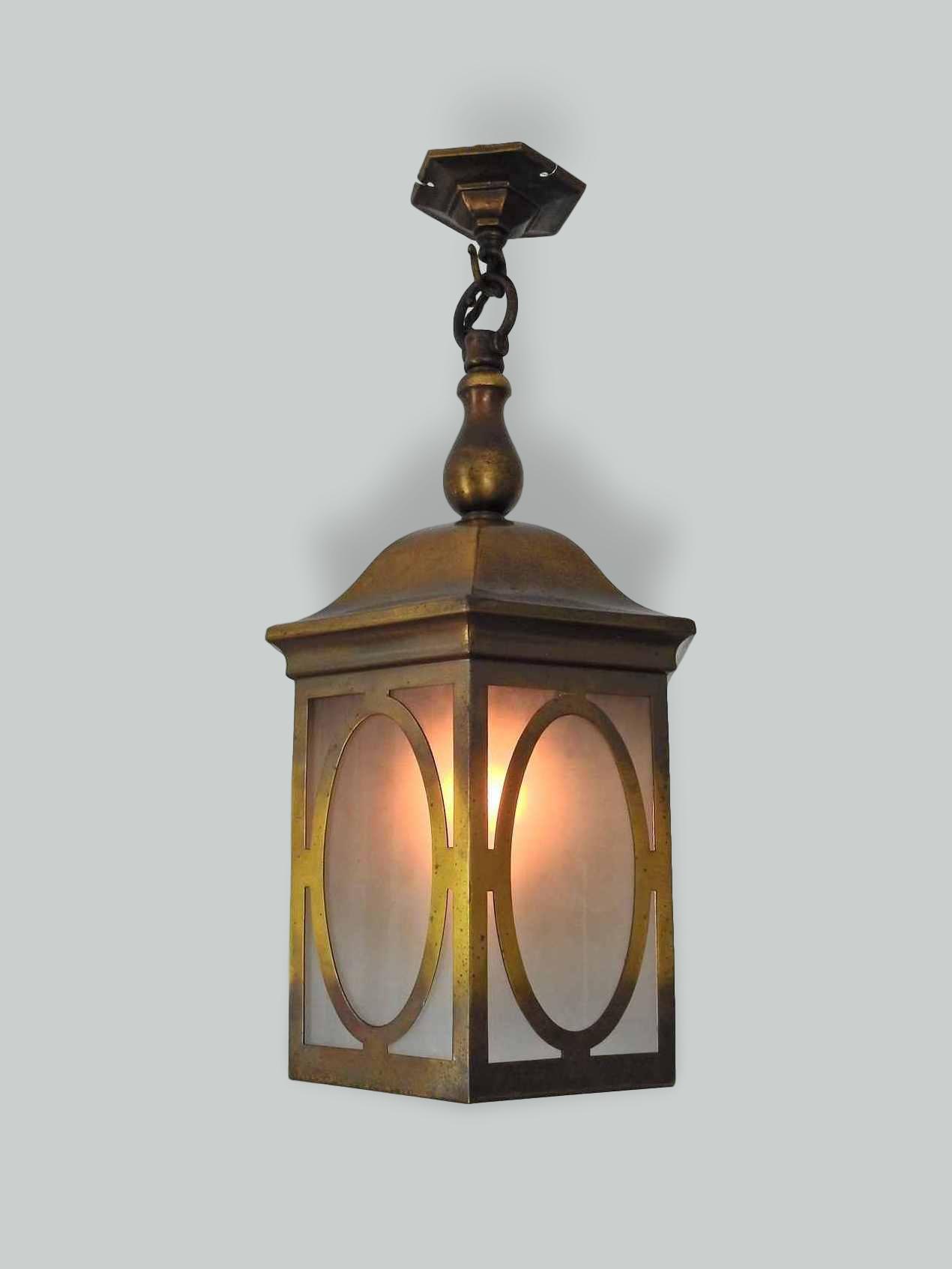