An art deco plafonnier, the moulded pink-coloured glass of indentical design to JAL526a with a moulded mark of “Degue” and replacement fitments for suspension. France c1930 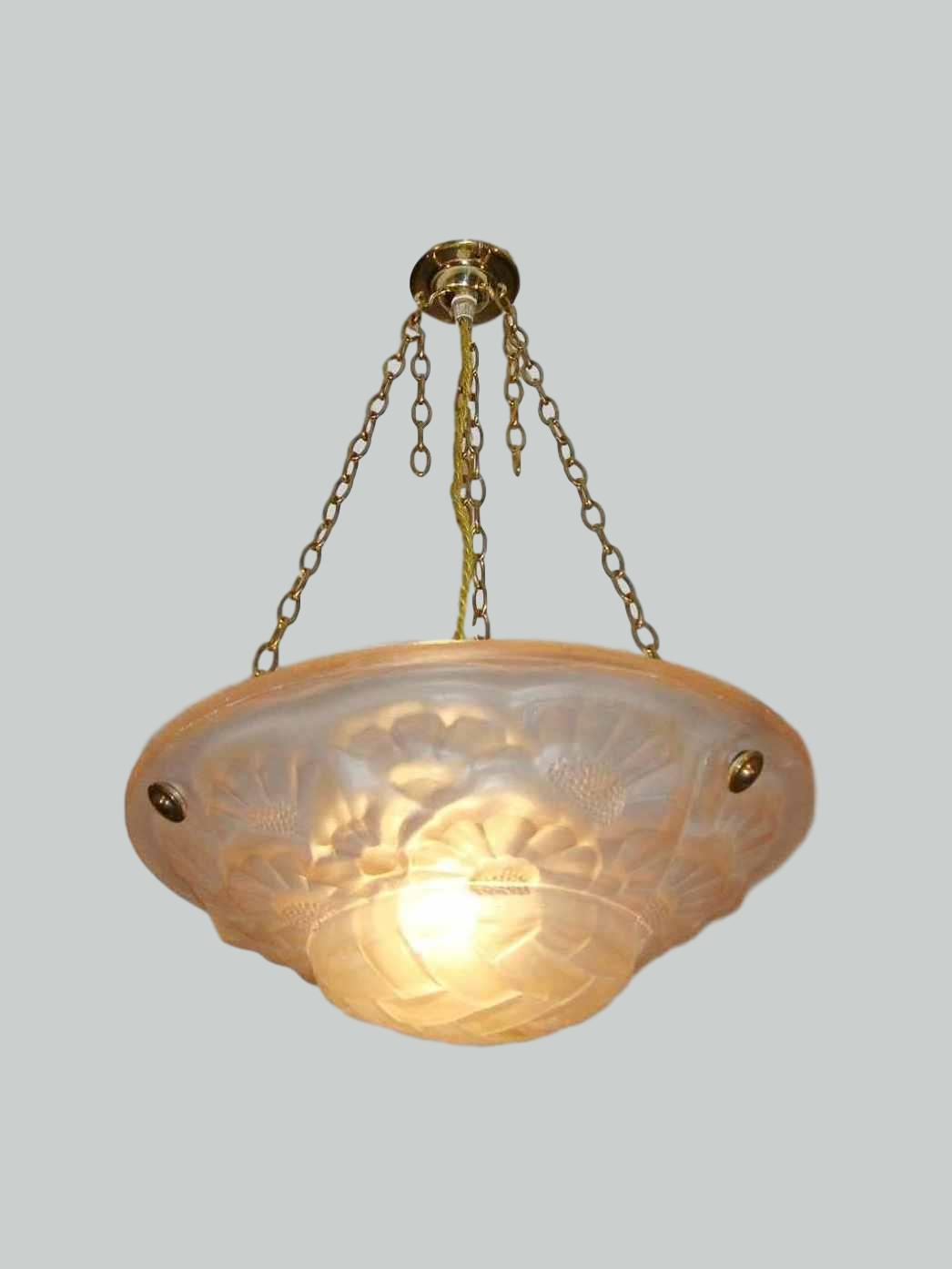