An impressive arts and crafts lantern in the style of and possibly by The Birmingham Guild of Handicraft, the lightly polished brass framework with a lightly-hammered finish and containing the original vaseline-glass cylinder insert possibly by James Powell & Sons of Whitefriars. England,c.1900. 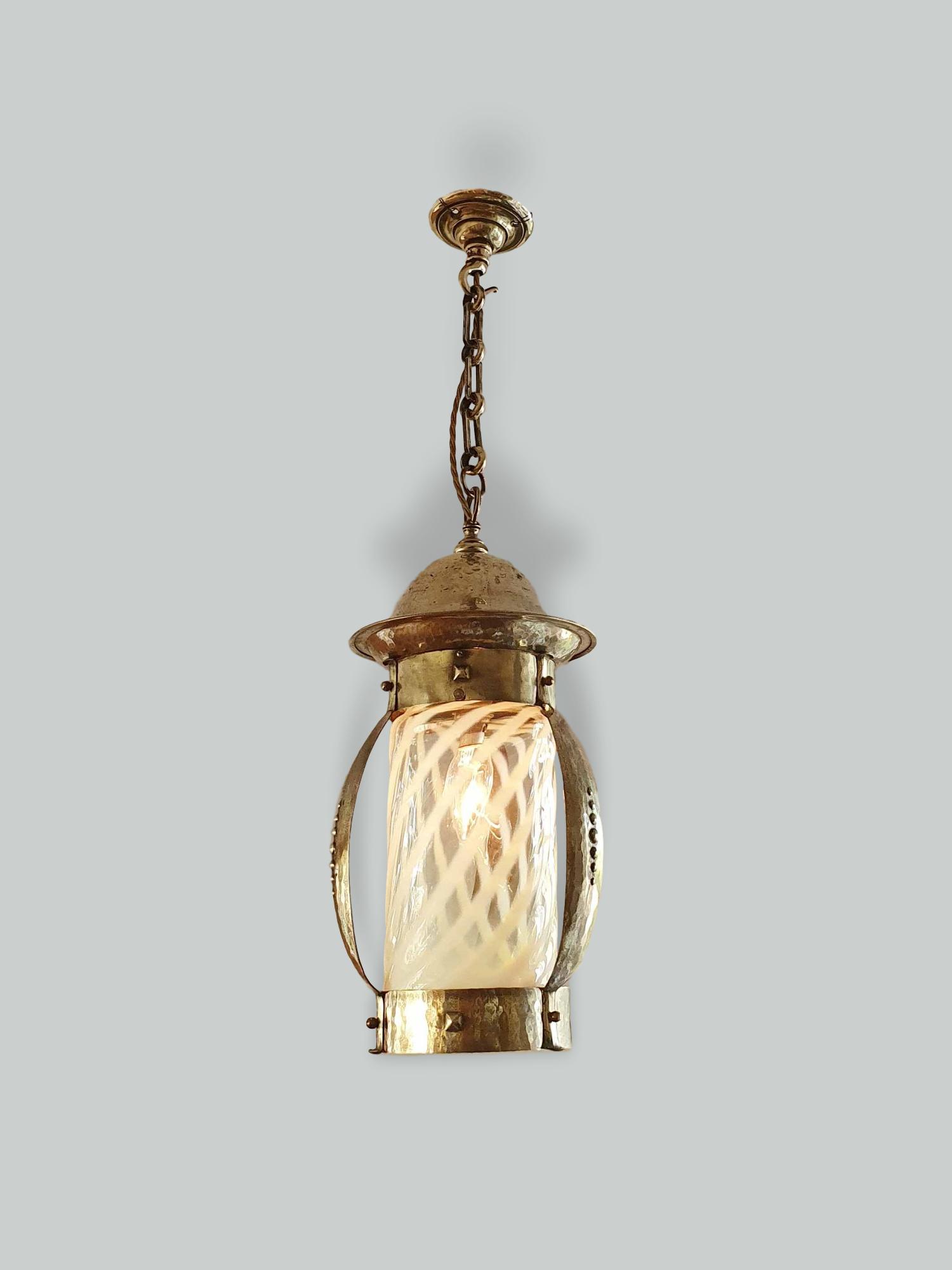