Provenance: See light (2nd from left) displayed in photo from Faulkner Bonze exibition dated 1901, Also illustrated a 5 arm version of the chandelier in the Jesson, Birkett and Co catalogue.No.E245 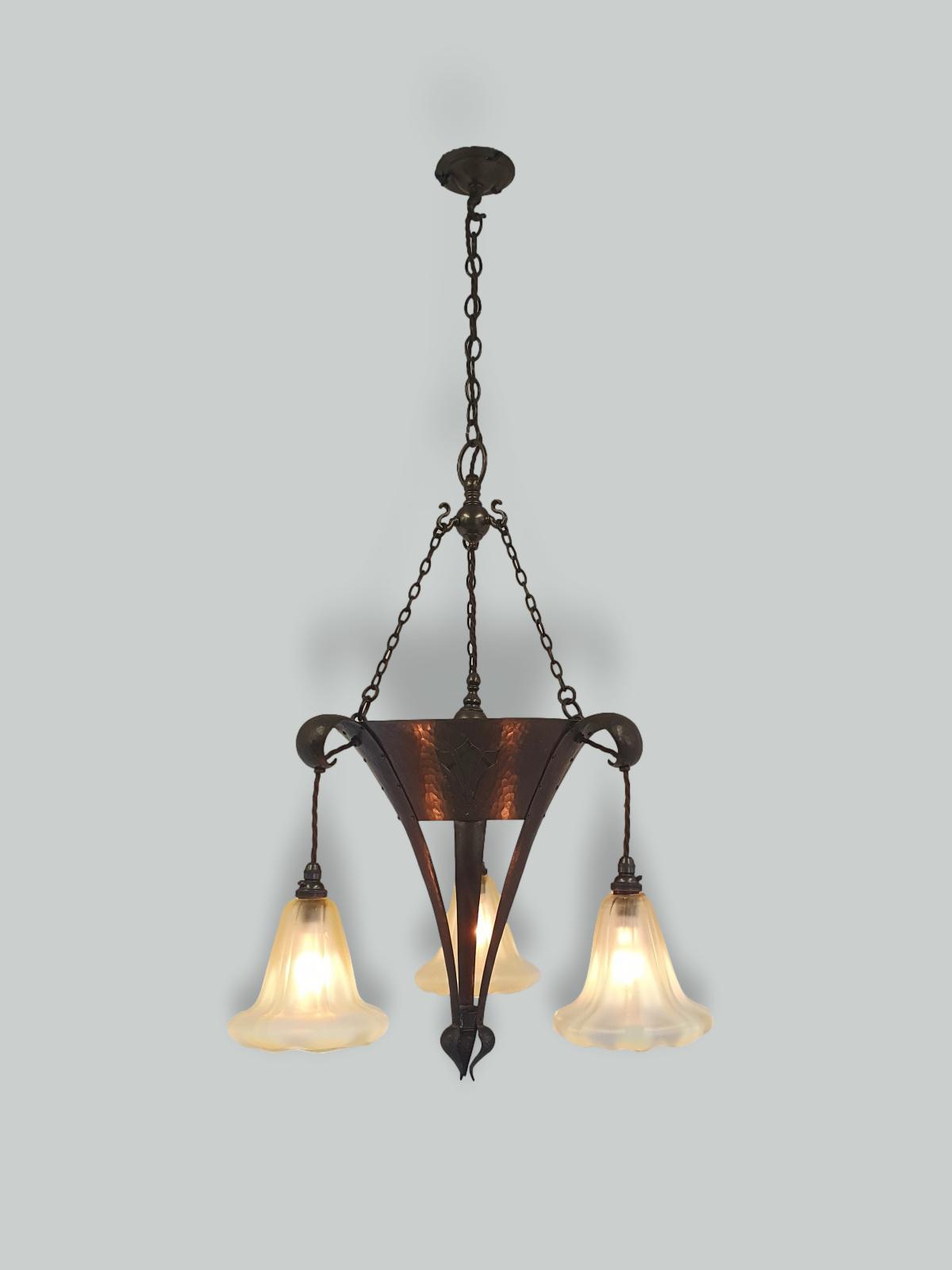 You're viewing: Jesson, Birkett & Co. (Faulkner Bronze Co.) | Arts & Crafts Chandelier | England c.1900 £4,995.00
Add to basket
Cookies on JonesAntiqueLighting.com
We use cookies on our website. You are free to manage this via your browser setting at any time. To learn more about how we use the cookies, please see our cookies policy.