An unusual arts and crafts lantern in original silver plate by an unknown designer with original vaseline glass insert by John Walsh Walsh of Birmingham. The design to the glass in his distinctive “Brocade” pattern. England c.1900 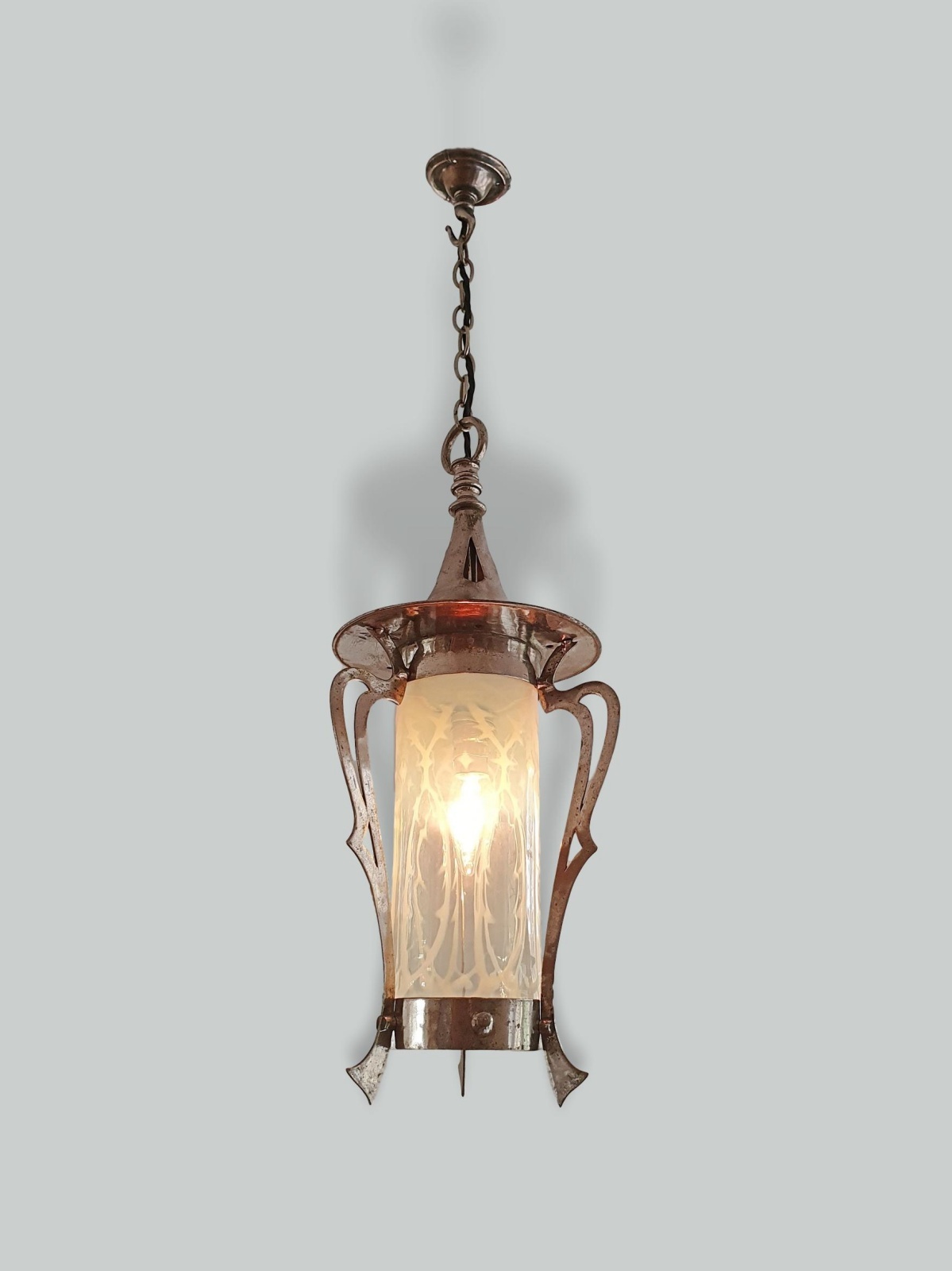