A wrought-iron and “pate-de-verre” glass three branch chandelier, the metalwork applied with leaf decoration. The glass in shades of aubergine, ochre and pink on a pale off-white ground. All the glass is signed with the stencil mark “Muller Fres, Luneville”. France c.1930 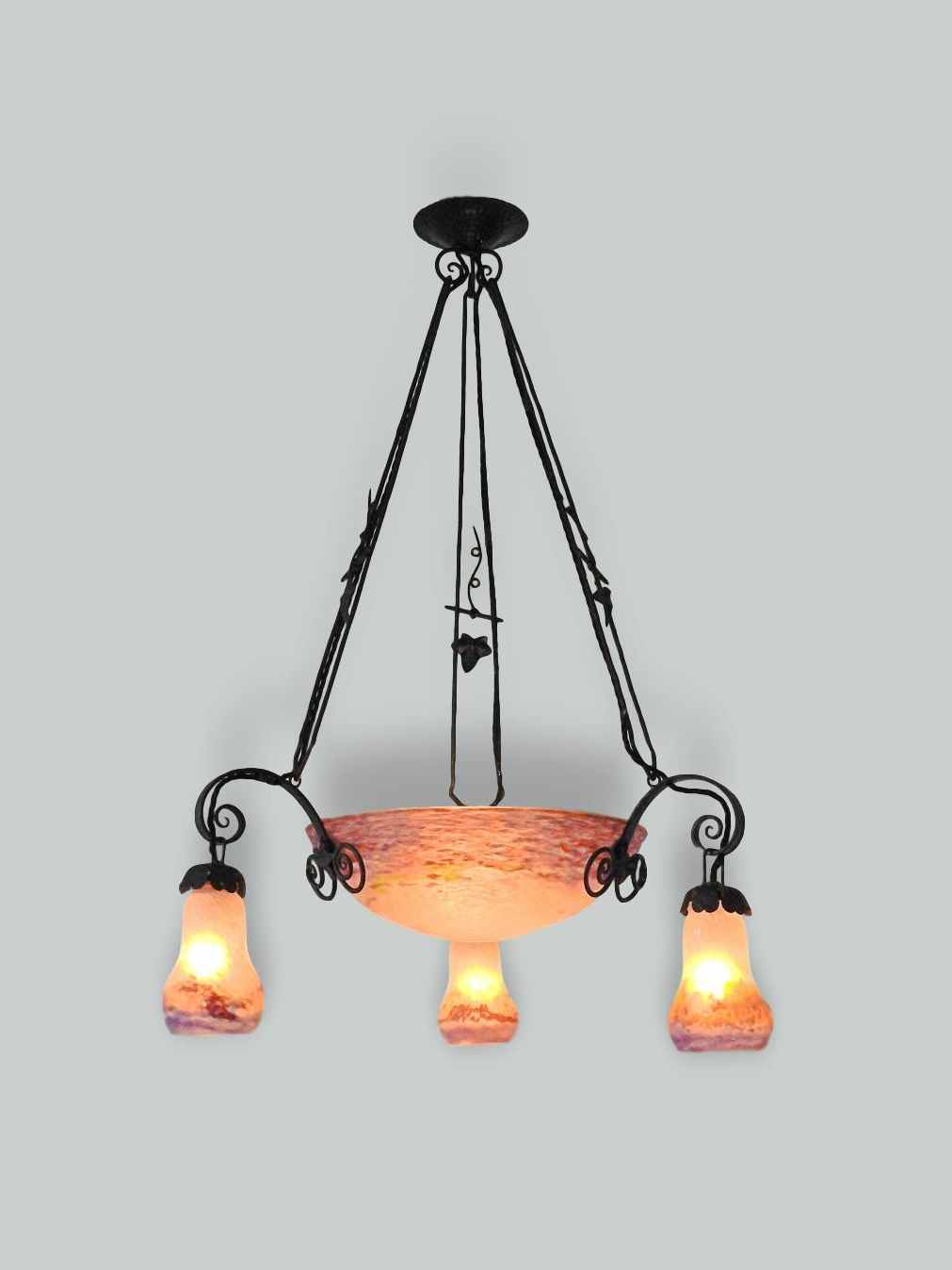