A pair of rare  René Lalique  “Charmes”  frosted and polished glass plafonniers designed with beech leaves and complimented by their original cords and rectangular spacers. Each plafonnier has traces of the original green staining and is signed with a block moulded mark R. Lalique. France c.1925

Minor chips and nicks to some of the original beech leaf spacers commensurate with age.

Please note: This pair of Lalique Plafonniers can also be supplied with chrome chains fitments as displayed in photographs if required. 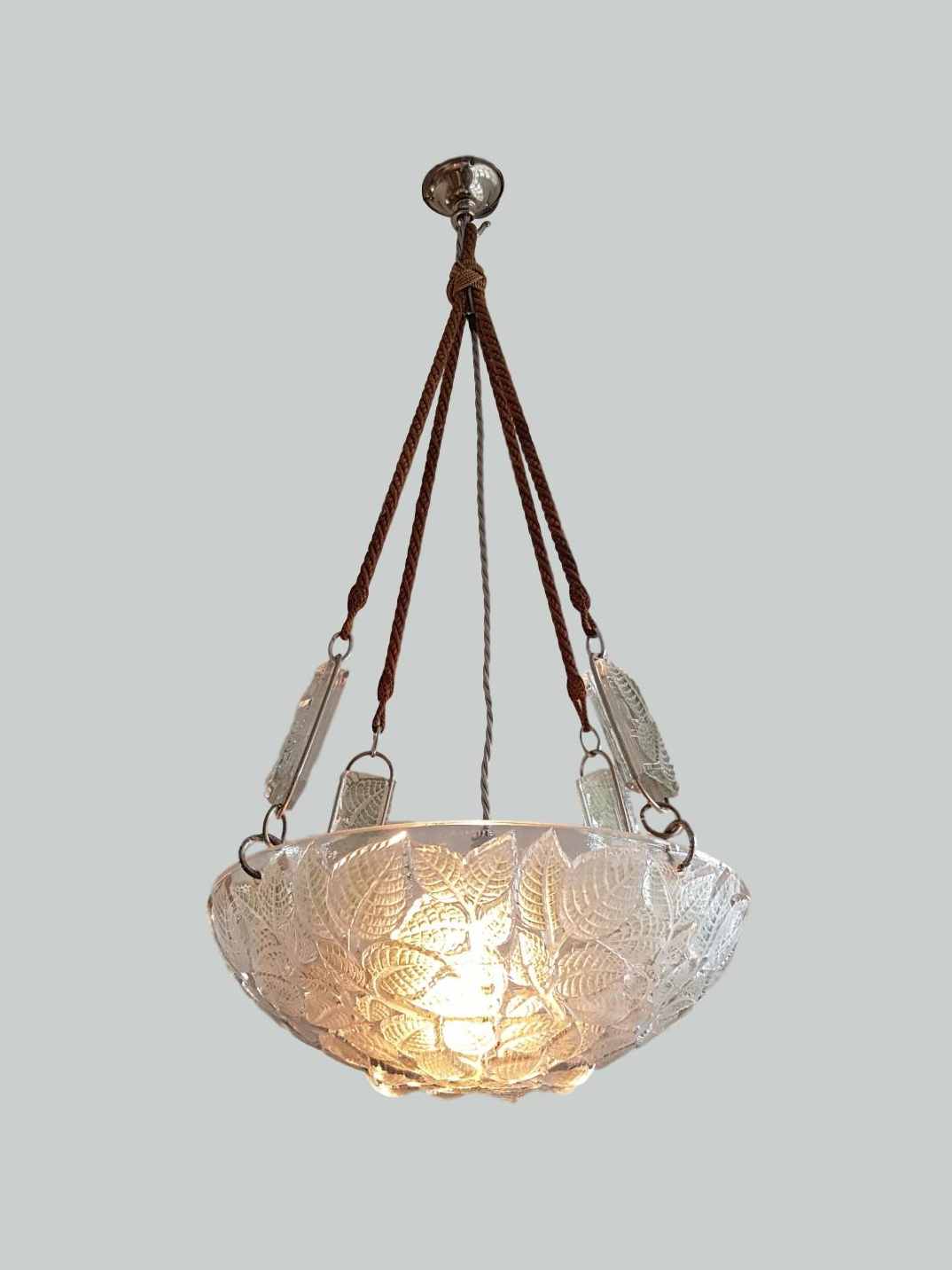