A brass and copper-plated arts and crafts wall light of elaborate organic form and in the style of Faulkner Bronze co. Designed with heart motifs and supporting pendant a vaseline glass lampshade probably made by John Walsh Walsh. Tracees of copper pating to brass, slight tear to metalwork in 2 places (see photos) 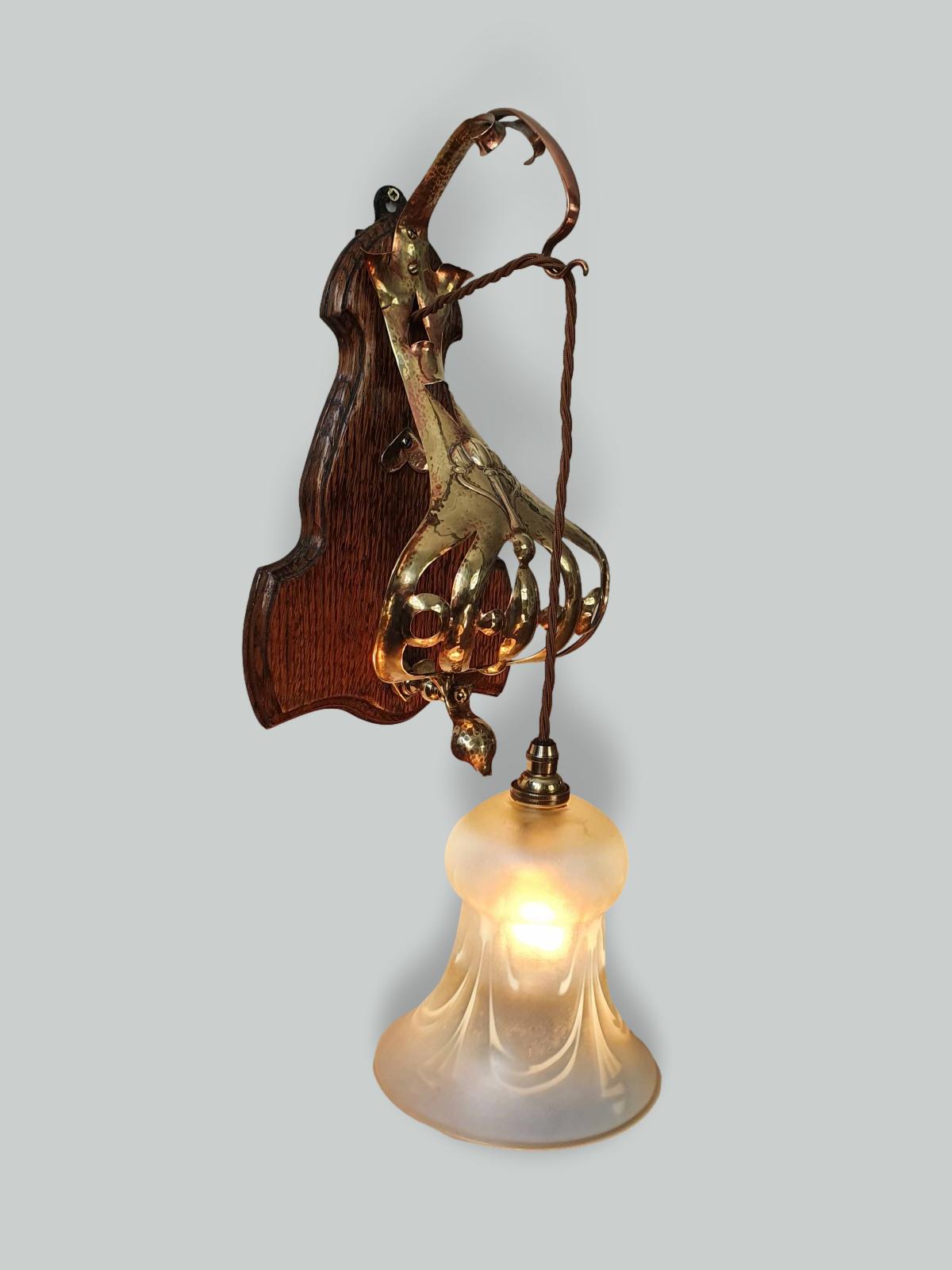 You're viewing: Style of Faulkner Bronze Co. | Arts & Crafts Wall Light | As Found £795.00
Add to basket
Cookies on JonesAntiqueLighting.com
We use cookies on our website. You are free to manage this via your browser setting at any time. To learn more about how we use the cookies, please see our cookies policy.