A very rare and important four-branch arts and crafts chandelier in the style of and possibly by Jesson, Birkett & Co, Birmingham or the earlier Faulkner Bronze Co.  The lightly hammered frame hand-crafted from a single sheet of copper and decorated with further rivetted pieces of copper and green glass cabochons. Hung pendant in a unique design by the flex the light comes with 4 sypathetic reproduction vaseline glass lampshades in the matching “brocade” pattern of John Walsh Walsh, Birmingham. England c1905 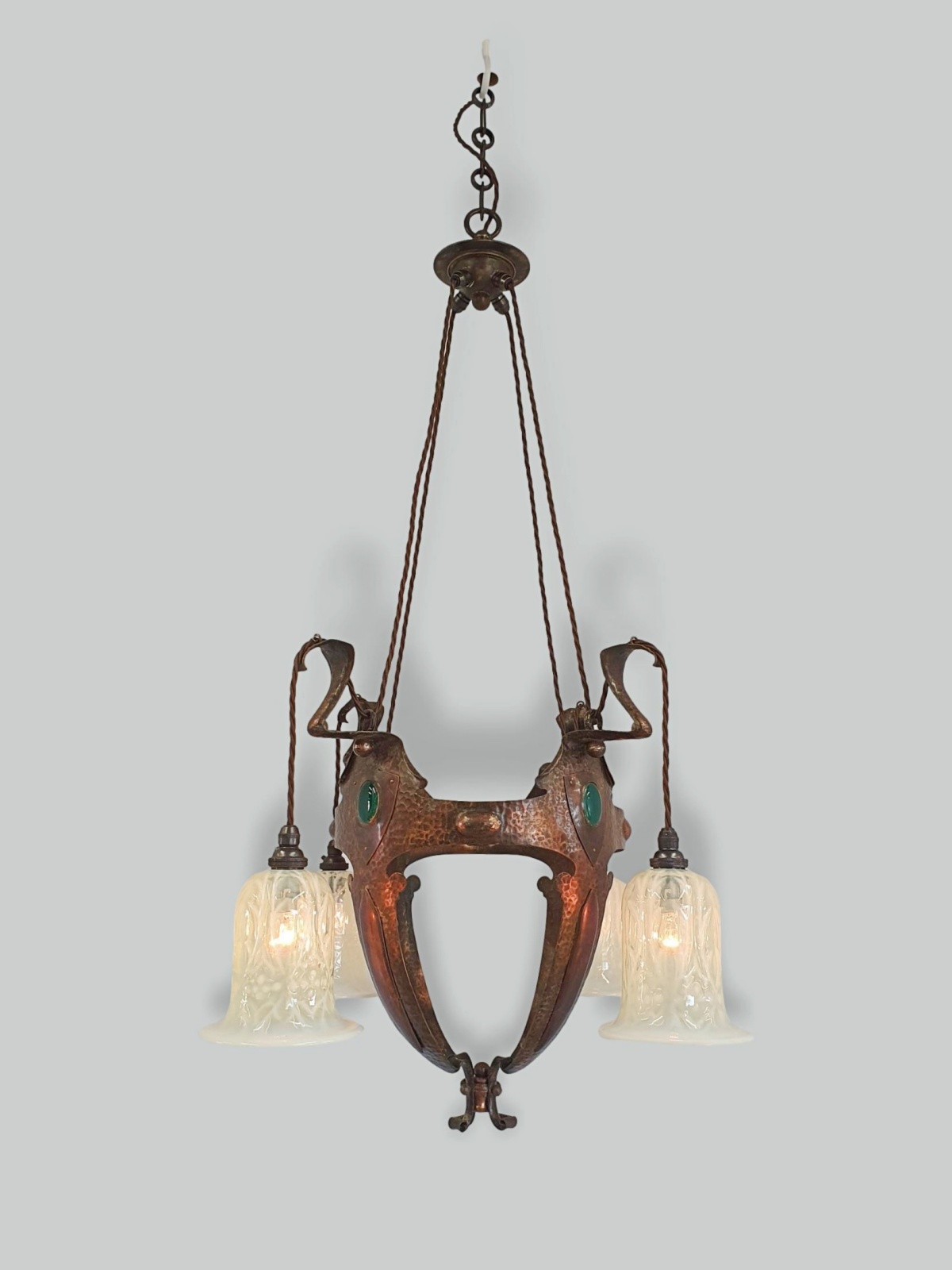 You're viewing: Style of Jesson, Birkett & Co. (Faulkner Bronze Co.) | Copper Arts & Crafts Chandelier | England c.1905 £2,495.00
Add to basket
Cookies on JonesAntiqueLighting.com
We use cookies on our website. You are free to manage this via your browser setting at any time. To learn more about how we use the cookies, please see our cookies policy.