A pair of Charles Schneider “Le Verre Francais” cameo-glass plafonniers  in the “Rubaniers” design, acid-etched with a stylised design of trailing foliage, with original chains and hook plates for suspension; unsigned; France c.1925. 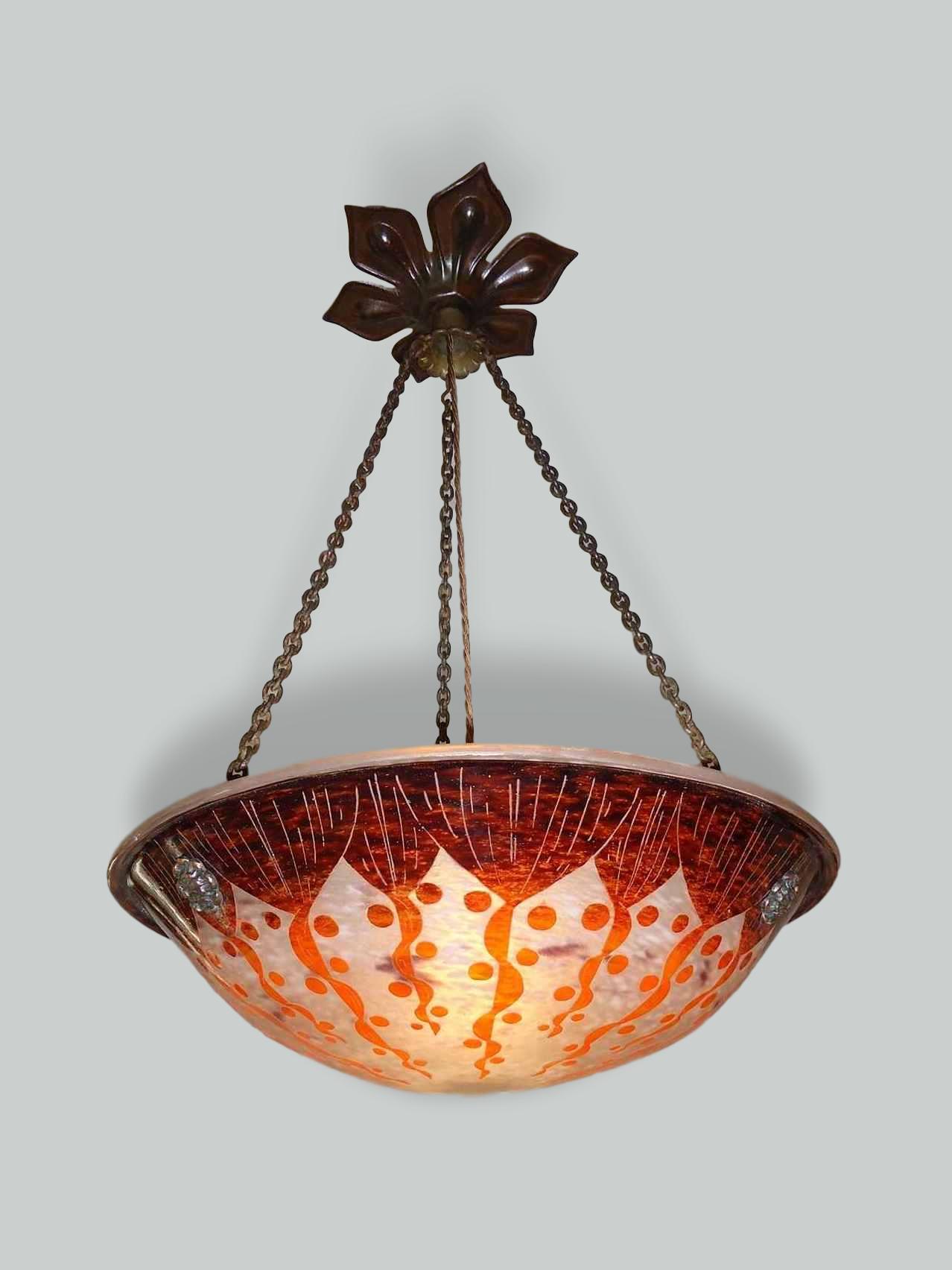