A pair of W.A.S. Benson multi-utility table lamps each retaining their original switch (display only), each with a very attractive vaseline-glass lampshade.  Both lamps signed “W.A.S Benson” 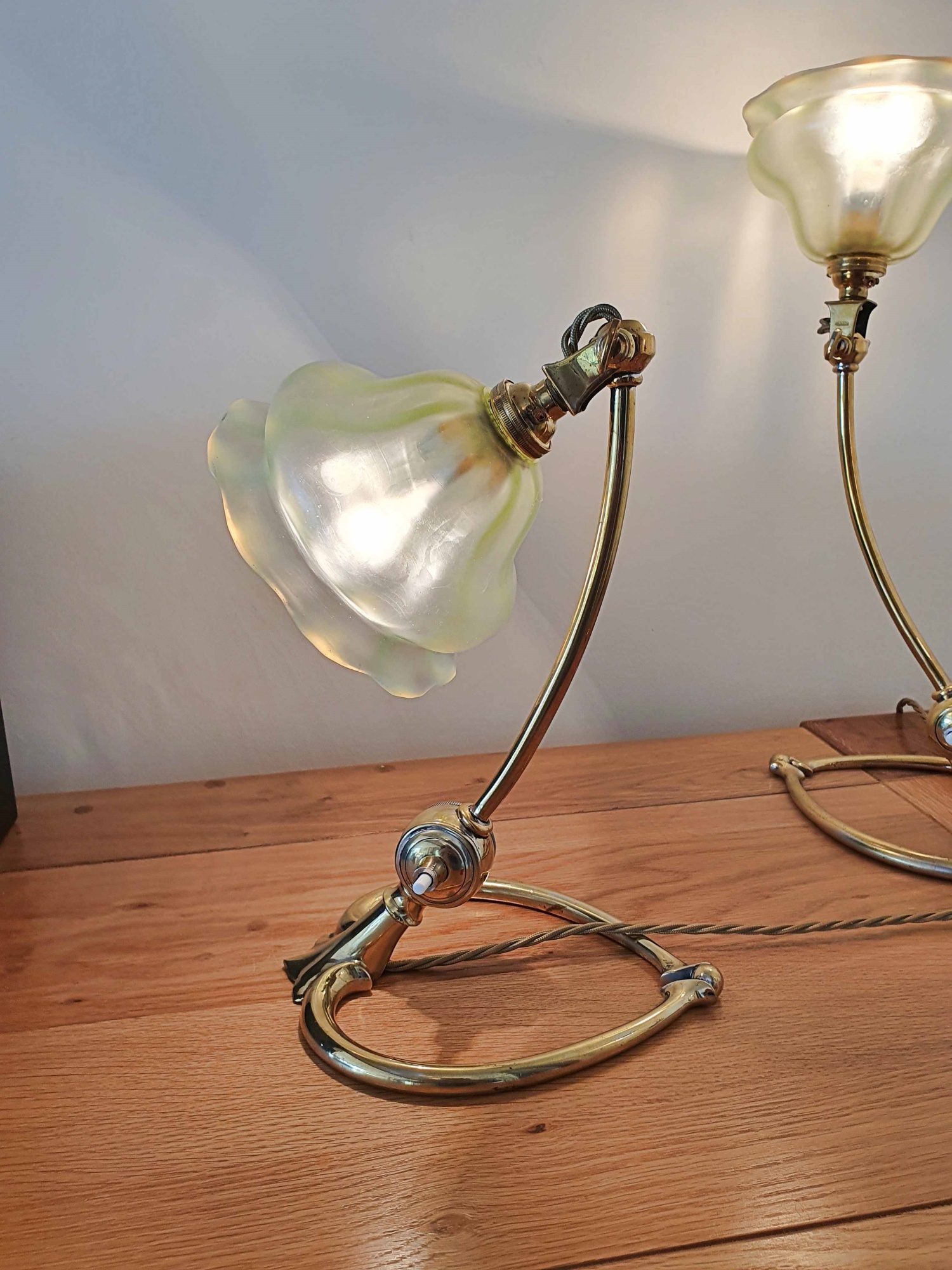 You're viewing: W.A.S Benson, London | 2 Brass Arts & Crafts Desk Lamps | England c.1900 £2,395.00
Add to basket
Cookies on JonesAntiqueLighting.com
We use cookies on our website. You are free to manage this via your browser setting at any time. To learn more about how we use the cookies, please see our cookies policy.