A French table lamp designed with gingko leaves and stylised ferns, probably made from pewter and in the style of Henri Fournet, signed in the base “Made In France” & “606”, supporting  a “pate-de-verre” lampshade with acid-stencilled signature “Degue”. France, c.1925. 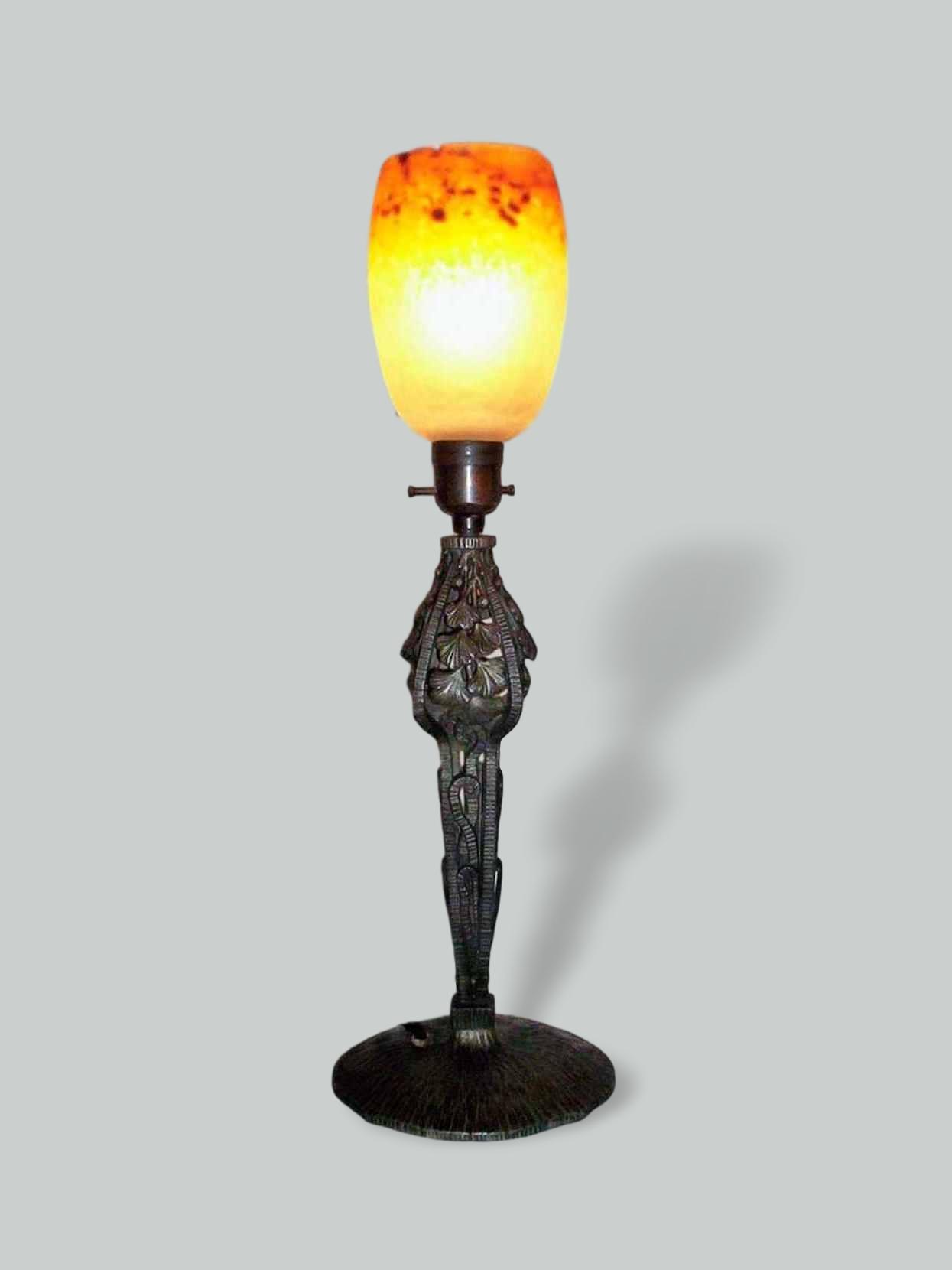