These shades were often used by the famous lighting designer of Henri Mouynet on their chandeliers and can be found with the “Mouynet” signature (see Picture).  Schneider did however sell unsigned ones like these to other lighting manufacturers. 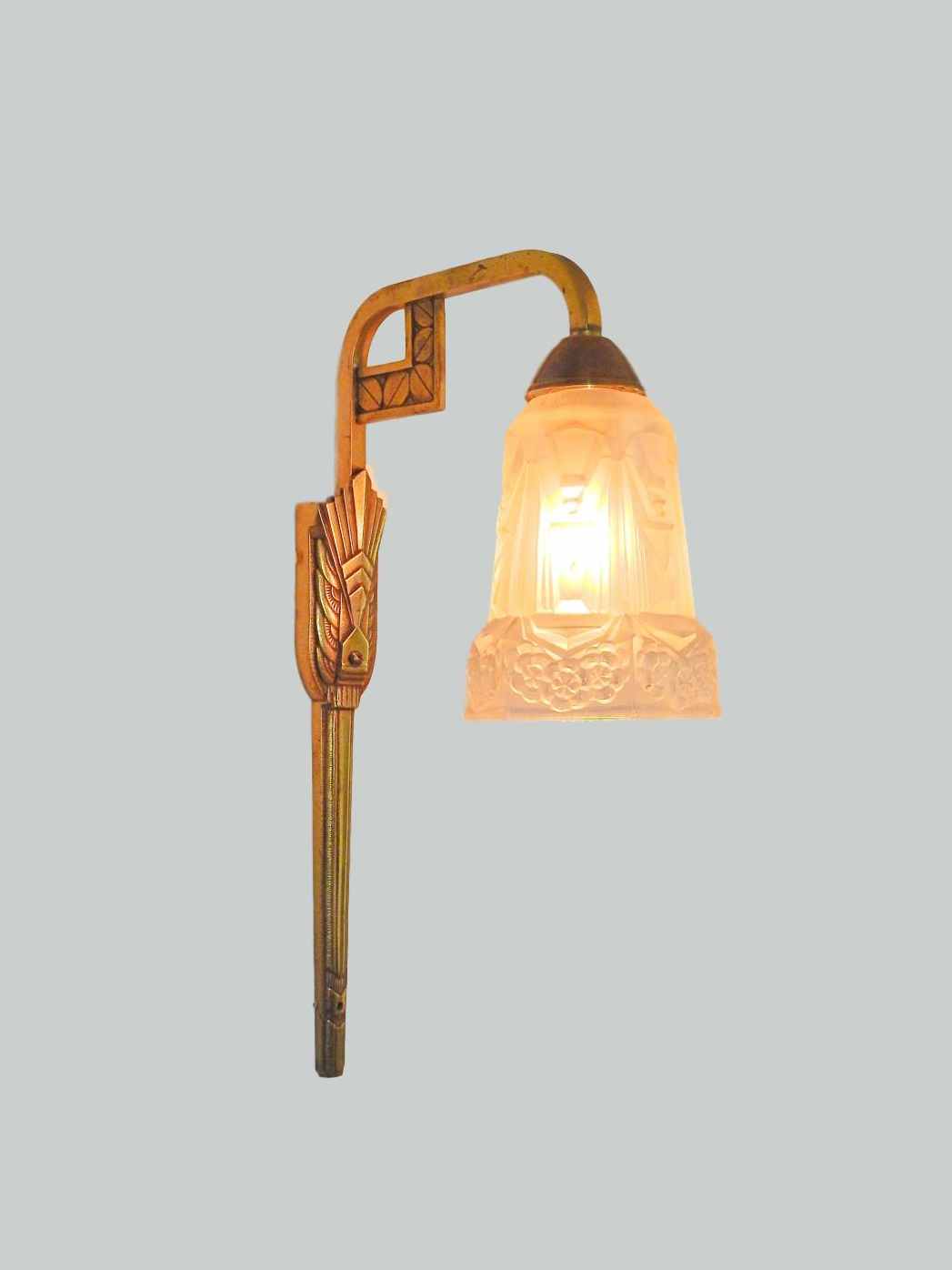 You're viewing: A.Gagnon & Charles Schneider | 4 Gilt-brass Art Deco Wall Lights | France c.1925 £1,995.00
Add to basket
Cookies on JonesAntiqueLighting.com
We use cookies on our website. You are free to manage this via your browser setting at any time. To learn more about how we use the cookies, please see our cookies policy.