A wrought iron and pate-de-verre three branch chandelier signed rethondes qnd produced by the famous Degué glass factory. The central plafonnier supported in a framework and designed with leaves and each arm supporting a further tulip shade. France c1930 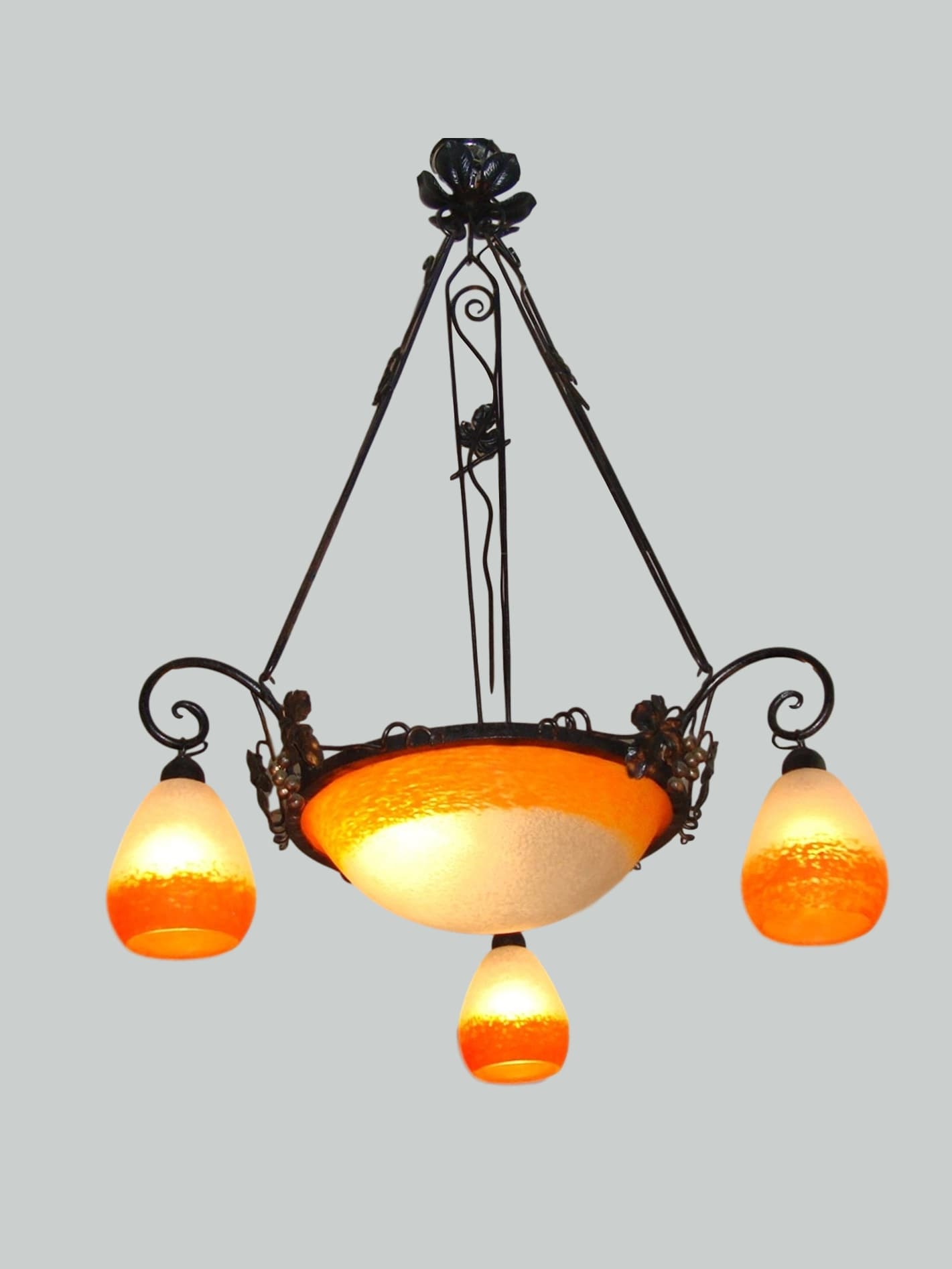